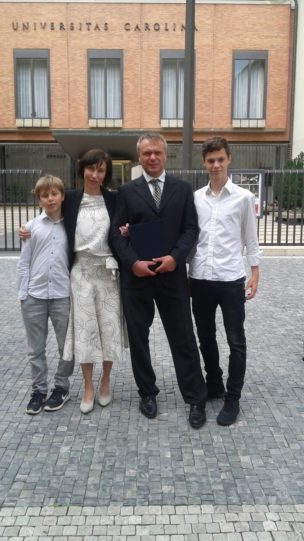 Petr Slobodian Was Appointed Professor of Technology of Macromolecular Compounds

On 25 June 2018, doc. Ing. Petr Slobodian received the Letter of Appointment during an official ceremony held in the Karolinum building in Prague, as he was appointed Professor of Technology of Macromolecular Compounds.

Prof. Petr Slobodian is a member of the academic staff in the Polymer Centre of the Faculty of Technology. He is also employed in the Centre of Polymer Systems of TBU, where he is the head of a research team focusing on the research into systems with sensoric properties, particularly into sensor’s material components for hybrid and programmable materials.