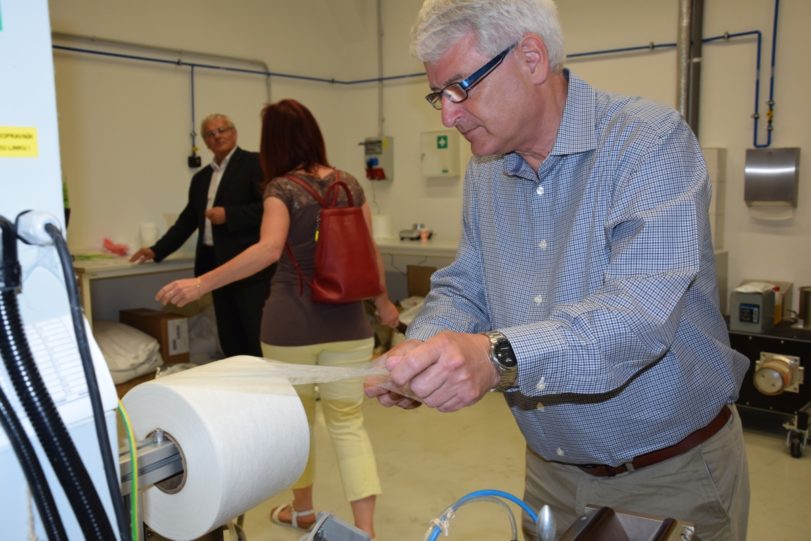 Even Mr. Petr Koliha, Executive Director of the ČT D Channel at the Czech Television, is interested in science. During a busy film festival week, he found time to visit the Centre of Polymer Systems of TBU in Zlín. The Czech Television aims to inform young spectators about science in its TV shows. The Czech TV has recently launched displays presenting precisely the ČT D Channel and mounted in science centres all over the Czech Republic.